Behind the Scenes of the Foram Group

Over the span of this summer, each of us has learned so many new things, not only about this project but also each other. This blog is supposed to be about the microfossil project and our experiences with it, but what about the people doing the work? I know we gave you a brief bio on each of us but let’s be honest, you don’t really care about what school we went to or what degree we have. So I have decided instead to give you an insight into the people I have met and grown to love. 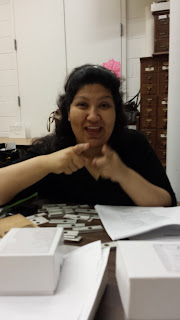 First there is Rabia. The thing I love most about her is that she always has a smile on her face. Every morning we are greeted with a “Good morning ladies!” or “What’s up!” She is always up for a good laugh and jokes along with Beth and I throughout the day. I also find her absolutely fascinating, which happens to be her favorite word. Being from Pakistan I have learned a lot about her, her family, where she is from, her culture, and so much more. She loves her food spicy and may have an addiction to frozen yogurt and cookies from Levain Bakery (not to mention coffee). Rabia is very dedicated to her work and always enjoys jamming out to Savage Garden when we need a break from microscopes and computers. 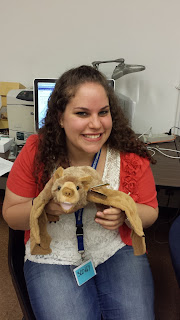 Then there is Beth. Oh Beth. She is a sassy Staten Islander with a love of mammalogy, her pet turtle, Mr. T, and reading. We have taken many adventures together including getting the cactus she has wanted forever, and finding the most delicious nachos in NYC. Beth is witty and quick to make a comment. She keeps us laughing so there is never a dull moment with her. Beth is hard working and has great sense of humor as well as a fabulous singing voice. She and Rabia both know the lyrics to practically every song that we have heard this summer. I hope to see her on television saving animals just like Jeff Corwin but I know she will become a great researcher and professor someday. Maybe I’ll even take her class. 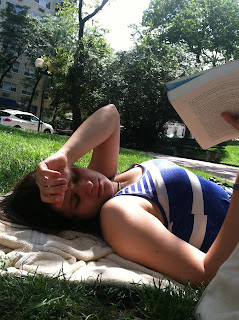 Next is Autumn, who is difficult to describe but there is so much to her. She is quirky and one of the most talented artists I know. She has been commissioned to do a mural for her alma mater, Yale, and they couldn’t have picked a better person for the job. She is a wiz on photoshop and the sketches I have seen her do are amazing. She also likes to swing dance and cook. The lunches she brings makes us all look at our soups and salads with discontent. Autumn also happens to have an awesome pair of yellow pants and has a pun for practically every comment. She is hoping to do something art related in the future, possibly exhibitions. You may visit a museum and see an exhibit that Autumn designed. She has an eye for detail and I am looking forward to seeing her creations in the future. 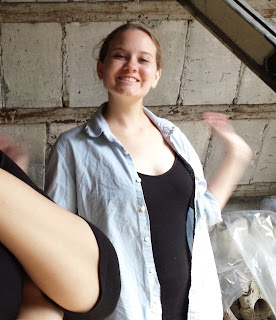 Amanda is quirky as well but in a different way. She is a bubbly girl with a sweet smile. She is from upstate New York, where her family owns several goats, one named Buddy, a fluffy dog named Bonnie, and a bunch of chickens. She has a love for animals and a great fashion sense. One day after work, some of us went shopping and Beth and I decided to find the most unattractive piece of clothing in the store. We happened to come across a black dress with a giant cat face on the front. We decided to show it to Amanda and she loved it! So much so that she ended up buying it. She may be the only person who could pull off a dress like that. She is an optimist and wants to continue doing research on conodonts, an extinct eel-like animal. Amanda is organized and meticulous about her work and hopes to work in a museum in the future. 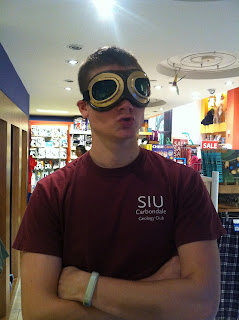 There are many words to describe Sam. Goofy, spontaneous, fun, dedicated, the list goes on. He makes us all laugh with his goofy sound effects and priceless facial expressions. He is always up for any adventure, challenge, task. If you want something done, he’s your man. Even though Sam is the youngest among us, he is confident and will take charge if needed. He is very driven and works hard on everything he does. There is no such thing as 99% in his book. Sam is most interested in becoming a curator some day and hopes to continue studying forams. His dream is to build up an Antarctic foram collection at whatever museum he ends up at, which will hopefully be the American Museum of Natural History. Sam has so many goals in life and I know he will reach them all and so much more. 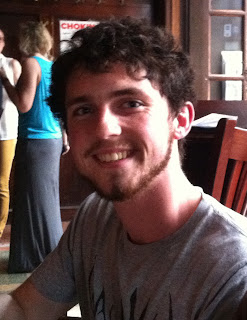 And where would we be without our dashing Irish volunteer Conal. Conal traveled all the way from Ireland to work on this project. He has been so helpful with the tedious task of fixing slides, a job we all dread. He has also aided the department in several re-organizational tasks. Conal may be going to school for zoology but his interest lies in blood parasites, mainly malaria. That may seem a little dark but Conal’s personality is the exact opposite. He is quick-witted and loves to talk about books, movies, and music. This is the first time he has been to the USA and some of the memories he will take back with him include watching movies at Bryant Park and going to see the sunset at Sunset Park. Conal will be starting his third year at the National University of Ireland at Galway and we will all be interested in where he goes in the next couple of years. Hopefully he’ll give us a call when he visits, or even moves, to the United States.

We cannot forget Lindsay. Lindsay is supposed to answer questions and helps with technical issues, but in actuality she does a lot more than that. She is the Curatorial Assistant in the Vertebrate Paleontology Department. She helps manage the collections, dabbles with loans, and is curating all the collections left behind at the museum by past researchers. When she was younger she wanted to be a chef but quickly changed her mind when she had the opportunity to shadow a chef and realized it was not for her. She studied computer science in undergrad and accidentally fell in love with biology and mammals. I asked her what her dream job would be. “This one,” she replied simply.

Last, but absolutely not least, is our supervisor Bushra. Without Bushra we would not have learned anything this summer, and we really owe her a lot for inviting us to participate on this project. Just a little bit about her, she attended the University of Karachi in Pakistan where she received her degree in geology. Originally she wanted to be a world class traveler but after taking a mapping course she decided to pursue geology. Her first job out of college was at Royal Dutch Shell where she was a geophysical assistant mapping isochrone and isopach maps for the Salt Range of Pakistan. The most unique thing about that position was that she was only the second female geologist in all of Pakistan. She worked there for 3 years before moving to the United States where she took a job at Lamont Doherty Earth Observatory mapping bathimetry for the Oceanographic Department. After 4 years at the Earth Observatory, Bushra took a job at the American Museum of Natural History as the Collection Manager for the Invertebrate Paleontology Department and has been working here for 15 years. She is currently working on her Masters in geology and will be defending her thesis on establishing a digital database for Invertebrate Paleontology at AMNH in the coming weeks. We all wish her luck on her defense and thank her profusely for allowing us to work with her this summer. 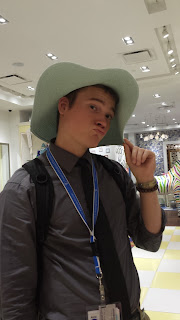 Thanks for all the great memories everyone! I will miss you all when I return home and will think of you often! Don't forget to keep in touch and we will have to plan a reunion in the future! 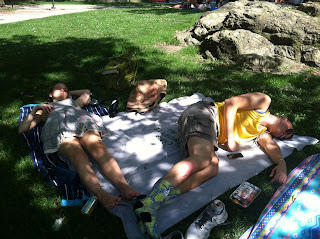 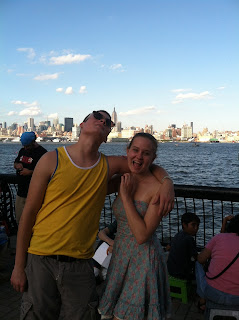 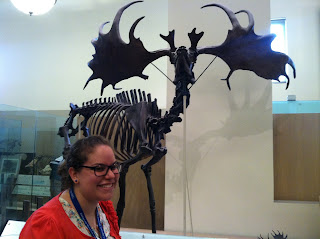 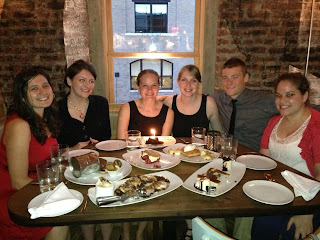 Posted by Microfossils Project at 1:59 PM No comments:

The second to last week of interning was certainly a memorable one. We were rewarded this week with a tour of the Cryogenics Lab, a look through the collections of the Earth and Planetary Sciences Department, a rooftop gathering overlooking Central Park, and finally a night out with NINJAS. 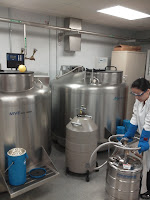 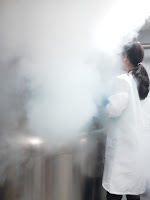 During the tour of the Cryogenics Lab on Wednesday we were able to see how tissues and DNA are preserved and how important liquid nitrogen is to the overall process. The samples are stored in large metal tanks which are heavily insulated.  They're so insulated, in fact, that even if New York lost power for two weeks, the tank samples would still be safe. 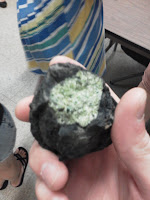 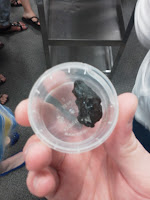 Thursday's highlights of the Earth and Planetary Sciences Dept. included holding a part of the Earth's mantle collected during a volcanic eruption, seeing "Mars in a cup," and feasting our eyes on a beautiful thin section of a meteorite. After work ended on Thursday, we spent the evening wining and dining on the rooftop of Neil Landman's (curator in charge of invertebrate paleontology) building. The experience gave us an exceptional view of Central Park bordered by the "Concrete Jungle."

Finally, Friday provided an exciting night of sushi, sake, magic, and being served by ninjas at the restaurant appropriately called Ninja. Our time here at AMNH is just about up...but the memories and experiences we have had will long be remembered.
Posted by Microfossils Project at 10:02 AM No comments:

Another week, another Foram project.  Unless, of course, it's an Ostracod project, maybe peppered with a few Braciopods or Gastropods, just for good measure.  This week we all are working hard on finishing up a few publications, starting some new ones, and, as usual getting to know the collections and the museum just a little bit better.

This week we went on a tour of Mammalogy, a favorite of quite a few of the interns here.  Part of Mammalogy is housed in the oldest part of the museum, the previous home of the library.  The floor was made of glass panes, which, since we don't have any pictures, you'll just have to imagine with the aid of this picture of glass. 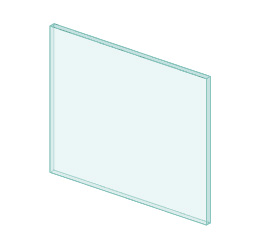 Some other cool parts of the tour were seeing Tasmanian Tigers (now extinct), fossas, and even a Hero shrew, which has a startlingly strong spine.  The vertebrae of the Hero shrew are intricately joined together making the spine strong enough to support the entire weight of a full-grown human. 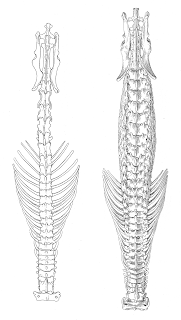 Spinetacular!
There were also many pictures taken and much data entered.  Here are some cool Forams and Ostracods of the week!﻿ 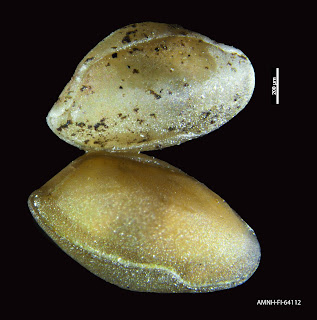 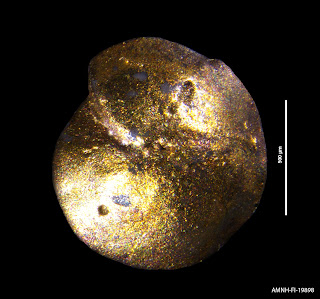 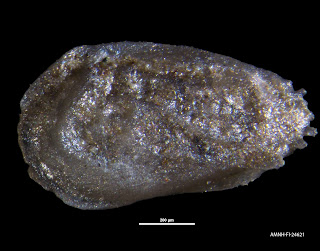 Posted by Microfossils Project at 3:15 PM No comments: